Take control of your health with PReP

Ready to Get Started?

PrEP (Pre-exposure Prophylaxis) is a daily medicine that helps prevent HIV for those who may be exposed to HIV.

How Does it Work?

What Else Should I Know?

Is PrEP for Me?

If you have a higher risk of exposure to HIV, PrEP might be for you! Your health is in your hands.

Should I Try PrEP?

PrEP can benefit anyone at greater risk of acquiring HIV, including...

HIV is a human virus. It does not target any specific population.

We are dedicated to treatment for all. We welcome everyone of every sexual orientation and gender identity. Click here to learn more about who we are.

How PrEP Protects You From HIV

T-Cells are white blood cells that help your immune system fight off viruses that enter your body.

When you are exposed to HIV, the HIV virus invades your T-Cells. It multiplies and attacks more and more T-Cells, killing them and preventing your body from fighting off illness.

Taking one PrEP pill a day builds a protective shield around your T-Cells. If you are exposed to the HIV virus, this shield stops the virus from entering your cells.

PrEP should be taken daily, as prescribed, by those who are sexually active or sharing injection drug equipment. PrEP is only necessary if you have an increased risk of exposure to HIV.

Want to learn more? Check out our FAQ

Is PrEP for Me?

If you agree with any of these statements, PrEP might be right for you!

What is PrEP? Expand

PrEP is a daily medication taken to prevent people from getting HIV. It is prescribed to those at high risk of exposure to the HIV virus through sexual activity or sharing injection drug equipment.

Is PrEP a vaccine? Expand

No. A vaccine is taken once and teaches your body to fight off infections for a long period of time. PrEP needs to be taken in pill form every day to be effective. If you do not take PrEP every day, there won't be enough medicine in your body to prevent the HIV virus from spreading.

What types of PrEP are currently available? Expand

These drugs are manufactured by Gilead.

Can I stop using a condom if I use PrEP? Expand

No. PrEP only helps prevent HIV. It does not prevent against other sexually transmitted infections.

is PrEP safe? Are there side effects? Expand

Like with any other medicine, there are potential side effects when taking PrEP. Common side effects include stomach pain, nausea, diarrhea, or headaches. These side effects are usually temporary, and stop after a few weeks. Talk to your health care provider if you experience side effects that last longer or impact your life significantly.

No significant health effects have been seen in those who have taken PrEP for more than 5 years and who do not have HIV.

Does PrEP work the same for everyone? Expand

Should I keep taking PrEP if I am no longer sexually active or sharing drug equipment? Expand

PrEP is only necessary to prevent HIV if you are at greater risk of getting HIV. If you no longer are at greater risk, you can stop taking PrEP. If at some point in the future you become at-risk again, you can start taking it again. Always discuss changing medications with your health care provider.

I just heard about the new PrEP drug. Should I switch to that? Is it better? Expand

Until recently, the FDA had only approved Truvada for use as PrEP. Recently, Descovy was also approved for use. Descovy has only been tested for prevention during receptive rectal intercourse and not for vaginal intercourse. If you are currently taking Truvada without issue, it is probably not necessary to switch, but you should always talk to your health care provider.

Some studies have shown that taking PrEP 4 days of the week is as effective as taking PrEP 7 days a week for those interested in HIV prevention during sex. This has led some providers to offer "On Demand PrEP" or "2-1-1 PrEP Dosing" that prescribes two pills up to 24 hours before a sexual encounter and then one the following day and the fourth pill two days after the encounter.

What is PEP? Expand

PEP is Post Exposure Prophylaxis. It is a drug regimen taken after potential exposure to HIV through sexual contact or during the sharing of injection drug equipment.

PEP is available at CHC but timing is critical. It must be started within 3 days or 72 hours after the potential exposure. If taken after this window, it may have no benefit at all. Our PrEP Navigator can answer your questions about this, but if you think you have been exposed you may need to go to your nearest hospital emergency room to save time.

How do I get PrEP? Expand

PrEP is available at the Community Health Center, Inc. We connect you with a provider who will work with you to make sure PrEP is right for you. You will need to complete some blood work as well. Once you have made your decision, the provider will write you a prescription for PrEP.

Do I have to be a patient at CHC to get PrEP with you? Expand

No. If you are not a registered patient with Community Health Center, you can still get PrEP here. We will help you make an appointment with a provider who will work with you to make sure PrEP is right for you and to write you a prescription.

How long does it take to get a prescription? Expand

You will need to have the appointment to discuss PrEP and complete some blood work. Once that is done and you have decided that PrEP is right for you, your provider will write you a prescription.

Is PrEP expensive? Is financial assistance available if I cannot afford PrEP? Expand

Like most medications, PrEP can be expensive.  However, there are financial assistance options available. Talk to our PrEP Navigator by calling (860) 347-6971 ext. 3658 or via email. Financial assistance is also available through Gilead, the company that manufactures PrEP, and at GetYourPrEP.com.

Will my insurance cover PrEP? Expand

Most insurance companies, private and public, cover the cost of PrEP. Depending on your coverage, a deductible or co-pay may apply.  Our PrEP Navigator can help you find financial assistance if you need.

Is there help for if I don't have insurance? Expand

Our PrEP Navigator can connect you to someone who can help get you health insurance coverage if you want. If not, there are programs that can help you access PrEP for free. Contact us to learn more.

Can I get PrEP if I am an undocumented immigrant? Expand

Yes. Financial assistance is available for those without health insurance, including people who are undocumented. Our PrEP Navigator can help you with this process.

Where can I learn more about PrEP? Expand

Check out the CDC's page and Gilead's site to learn more.

CTPrEP.org is a project of the Center for Key Populations at the Community Health Center, Inc. With nearly 50 years of primary care experience, our mission is to bring quality, dignified health care to all. We ensure access to care while recognizing the unique needs of key groups in our community.

A message from our Medical Director 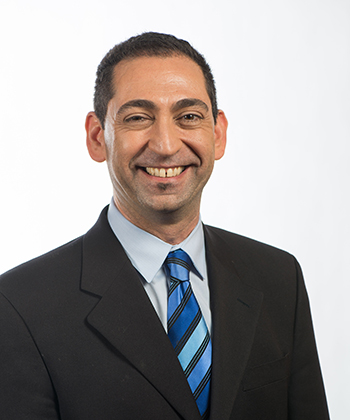 We are on the verge of ending the HIV epidemic. We have all the tools we need to end new transmissions. The goal is a 75% reduction in transmissions in 5 years and 90% reduction by the year 2030. In addition to the well-known prevention tools (condom use, syringe exchange programs, post-exposure prophylaxis, to name a few), there are two transformative evidence-based initiatives that we need to make sure the world knows about and that we need to scale up rapidly and effectively: U=U and PrEP.

U=U stands for Undetectable = Untransmittable. This is the scientifically proven fact that if an individual living with HIV is on treatment and achieves a viral level in the blood that is undetectable, they cannot transmit the virus sexually to any of their partners, even without the use of condoms. This has been proven whether you are gay or straight and whether you identify as man, woman, transgender, or non-binary.

In addition to this, according to the National Institutes of Health, if an HIV-negative individual at risk for HIV takes PrEP, it reduces their risk of acquiring HIV by 99%, regardless of condom use.

Having a persistently, undetectable HIV virus affords those individuals living with HIV a healthy, normal life span comparable to those who are HIV negative.

We need to fight the stigma and discrimination surrounding HIV as well as surrounding sexual orientation, gender identity, drug use, and racial and ethnic minorities. We need to create welcoming, open, nonjudgmental environments and foster attitudes that are respectful and caring towards all individuals. People must feel safe and supported and cared for.

Let us all take an oath together, that in our generation, we will bring an end to the HIV epidemic! 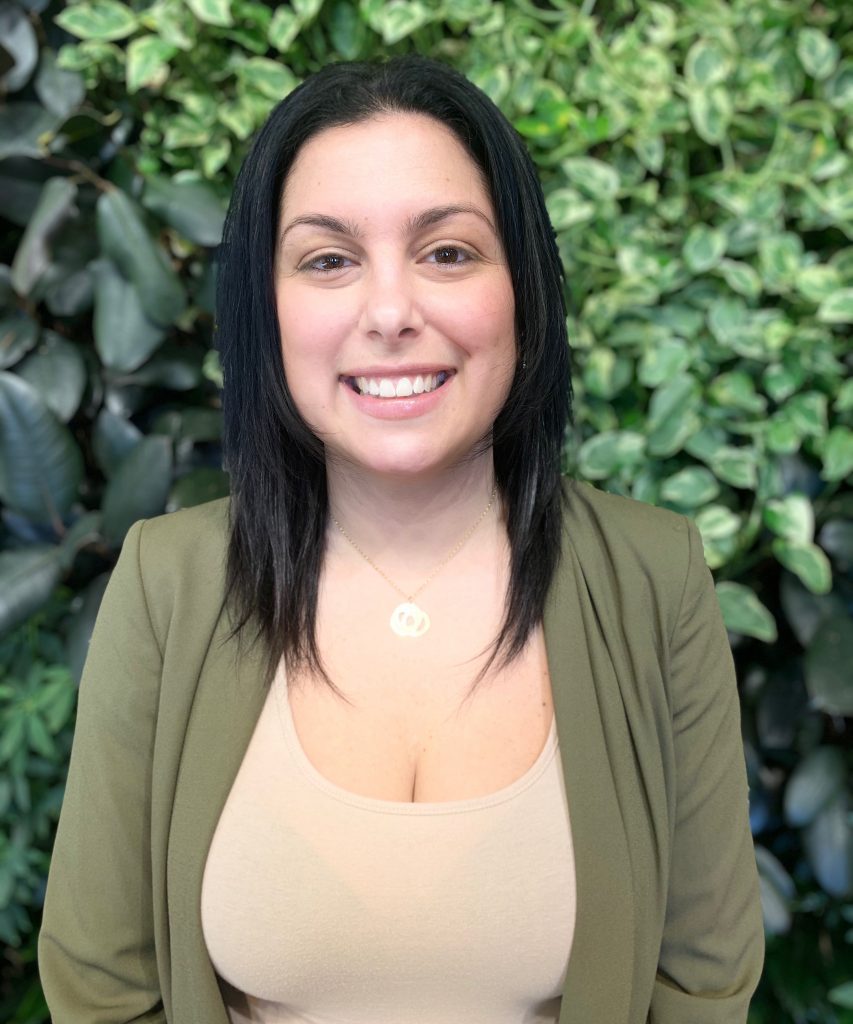 Meet Nicole Morgan, our PrEP Navigator! Nicole will be able to help you learn more about PrEP, schedule your appointment, and access financial assistance if you need. Contact her at (860) 347-6971 ext. 3658 or via email here.